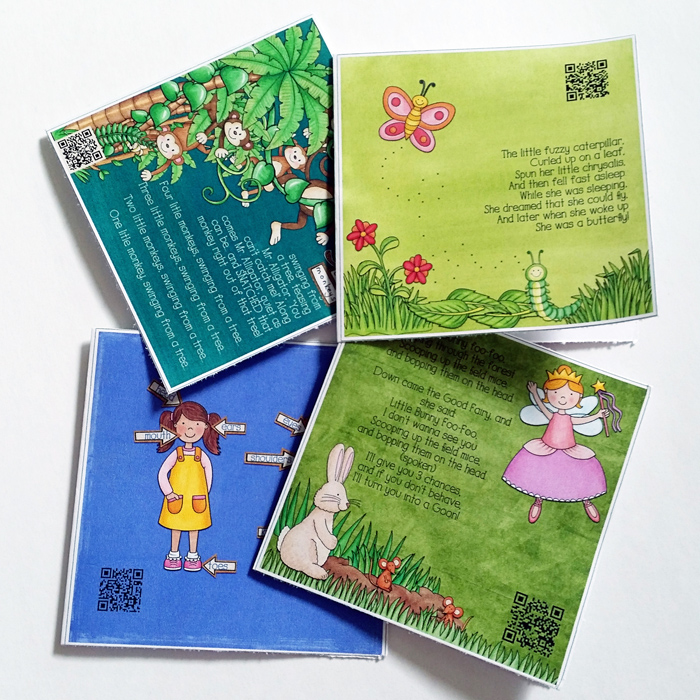 How long do you wait before starting to make Christmas presents? I came up with this gift idea in April (possibly earlier). I wanted it to be a gift for a friend of mine having her second child. In true Kristina fashion, I procrastinated on this baby gift long enough to determine I’d make it a Christmas gift instead (this gift was intended to be given in July…). When July came and went, and we were well into September or October, I thought finishing the gift would make an excellent Christmas present. I finished the scrapping portion of it in October, but never got around to completing the rest of it… until now. A few days before Christmas.

My plan was to create a kid’s songbook! I’m so super excited about this idea. I’m also glad I finally finished it, and to actually be giving it as a gift. What’s even more… I was able to make more than one, so not only did my friend’s now 6-month old and her older child get one, but so did my family members. Yay!

So let’s talk about this super exciting project, shall we? The first thing I decided to do, was teach my kids songs to sing. Well, they already knew most of the songs, so that part was pretty easy. Just practice with your very small children for a year or two, and you’ll be all set. *wink* Just Kidding. I had an original list of about 20-25 songs that my kids already knew, compiled with the help of Kate’s creative team members, as well as listening to lots of toddler music. The harder part was actually recording my kids singing the songs. We did several takes of some of them, and could only do a few at a time (attention spans aren’t that long!).

We ended up with 16 songs all together: 5 Swinging Monkeys; I’m a Little Teapot; Twinkle Twinkle Little Star; ABCs; Itsy Bitsy Spider; London Bridge; 5 Monkeys Jumping on a Bed; Wheels on the Bus; Head, Shoulders, Knees, and Toes; 5 Green and Speckled Frogs; Old MacDonald’s Farm; Row, Row, Row Your Boat; Happy and You Know It; Little Bunny Foo Foo; Baby Bumblebee; and Fuzzy Little Caterpillar. (Don’t lie, you hummed some of them while reading that list, didn’t you?)

Once we had all the videos taken, I uploaded them all to YouTube, so that I could add the QR codes to my layouts.

When I upload to YouTube, I set the privacy to “unlisted”. No one is able to search unlisted videos, but anyone you provide the link to can view them. I’m also not concerned with YouTube going away anytime in the near future. (If so, I have backup of my videos, but it will make the links obsolete!)

After they’re uploaded, I copy the link into a URL shortener (I use “goo.gl” but I’m certain there are others), and then save the QR code that is generated. I love adding QR codes to my layouts!

So… I have videos of my kids singing songs, and all the QR codes. The next part was actually scrapping the layouts. I typed up the lyrics, decorated my layouts with many of Kate’s doodle packs, and added the QR codes. Ta da! 16 song layouts!

Here’s the rest of the project that I procrastinated on, but finally completed:

I sized them down to 3×3 inches – in hindsight, that *might* be too small (4″x4″ might be better, as well as a slightly bigger font size) – and printed out the layouts onto a sheet of regular printer paper. 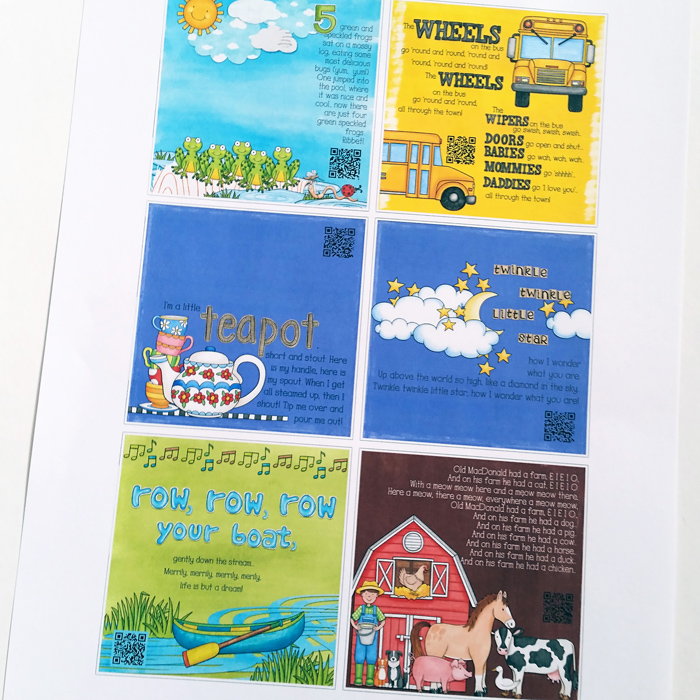 I printed them in pairs so I could cut and fold (why I used regular paper – cardstock would be too thick).

I placed the folded papers into a 4×6 inch laminating pouch. (Use larger pouches if you do a larger size square than my 3×3.)

I put it through the laminating machine… 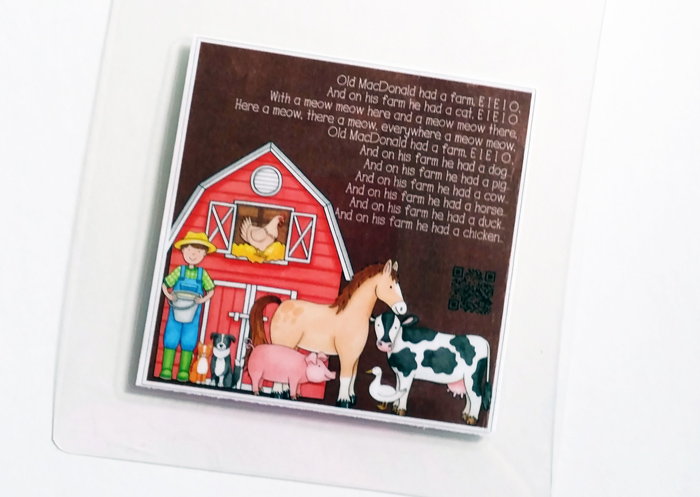 And then trimmed, hole punched, put a ring on it (without a Beyonce dance, sadly), and ta da! Done!

These were fun and I’m so glad I was finally able to complete this idea I’ve had since at least April. But hey, on a positive note… if I start now, I might be able to do another set of preschool songs, and possibly some Christmas songs for next year’s gifts! *hahahaha*

This site uses Akismet to reduce spam. Learn how your comment data is processed. 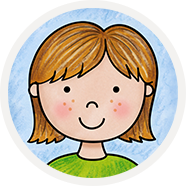 Hello, I’m Kate, nice to meet you!
I create fun and funky hand-drawn graphics to help you make beautifully illustrated scrapbook pages, craft projects and teaching resources – and have fun while you do it!
READ MORE

Get the scoop on all the latest doodle news!

Subscribe for my weekly (ish!) emails containing information about new products, sales, contests, giveaways, special offers (and the occasional behind the scenes sneak peak of what's on my drawing board!)

How to scrapbook using your phone 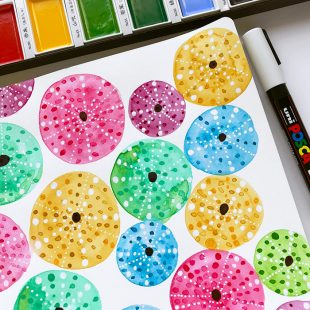 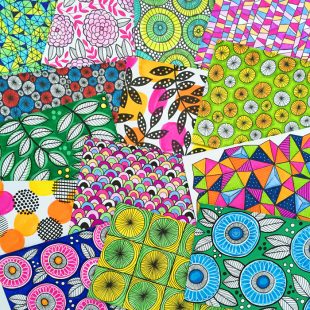 Sign up for weekly emails containing information about new products, sales, contests, giveaways, special offers and the occasional behind the scenes sneak peak of what's on my drawing board!

High resolution, hand-drawn products for digital scrapbookers, hydrid crafters and teachers. Add a touch of hand-drawn whimsy to your scrapbook pages, craft projects and teaching resources with these fun illustrations!

Welcome to Kate Hadfield Designs. We use cookies to ensure that we give you the best experience on our website. OkLearn more